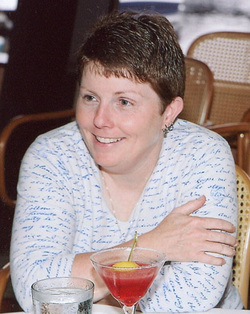 My name is Angela Beegle. I live in the lovely Pacific Northwest, where it rains nine months out of the year. I don't mind, though! The grey skies are easy on the eyes, and the rain is usually a gentle, trickling thing.  We usually only get snow once or twice a winter, and we never get hurricanes, tornadoes, or major droughts.*

I've been married for over twenty years to a good man who is not the least bit interested in werewolves but is willing to share me with them. I homeschool our four children, which means I get less writing done during the school year than during the summer, but since my children are my best critics and my most enthusiastic audience, I try to write a little bit every day. We also have a shelter-rescue dog (below) named Oliver.

My inspiration for Werewolves: The Pack and its sequels came from my love of werewolf stories and an incident in my life when I was about 17: one morning I woke to the sound the phone ringing dimly somewhere in the house, and then my mother absolutely screaming my name. Less than five minutes later we were driving madly toward the site of a motorcycle crash, where my brother lay in the ditch with a blanket over him and a stranger holding his helmet so his head could not move. Two deer lay broken and dead in the road. His motorcycle was totaled. But my brother lived, because he'd had his books for his morning college class zipped up inside his leather jacket.  The sound of the ambulance wailing its way along the valley bottom (we were about 5 miles from town at that point, and the ambulance had to come from the other side of town besides, so you could hear the siren for a long, long way) was not a comfort to me. It was years before I could hear a siren without a Pavlovian anxiety response, but that's another story.  Two winters ago, I fried my computer by touching it when I had a bit of static on me, and was thus unable to be on my online MUSH games. In the weeks it took for my husband to repair the computer, I began to write a story about a young man who gets in a motorcycle crash and whose trip to the hospital not only saved his life (as it did my brother) but changed it forever (my brother denies any further similarities, as mysteriously as possible). The story grew and grew until one day someone asked me if I was going to turn it into a book. I did. The other books have followed naturally because the characters' stories want to be told.

*We also have no poison ivy, oak or sumac, no fire ants, poisonous spiders or snakes, plagues of mosquitoes, cicadas, stink bugs, or black flies. Most areas around here don't flood, either. We do get the occasional earthquake or windstorm. It seems a reasonable trade. 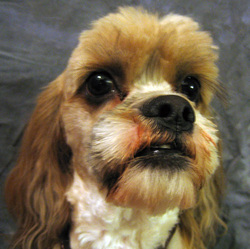