My name is Angela Beegle, and I'm glad you've stopped by! I'm the author of the 'Werewolves of Washington' series and a stand-alone Fairy Tale (of sorts) titled The Birth Tree.

The Werewolves of Washington Series

I'm very pleased to offer my book series titled 'Werewolves of Washington'.  The action begins in my hometown of Colville, and then expands into Spokane and (as time goes on) Missoula, Montana, too. The books are available at Amazon, Barnes & Noble, and Smashwords for just $.99-$2.99! At those prices, you can afford to take a little taste. If you like them, just wait--there will be more!

You'll find very little angst, no gore, and no glitter here: the stories are intensely character-driven and written to be clean enough for teens (and even my own teenaged children, with judicious editing when reading aloud to them).

Psst: if you love this series, tell your friends and leave reviews on Amazon / Barnes & Noble! Word of mouth is the very best advertisement there is! 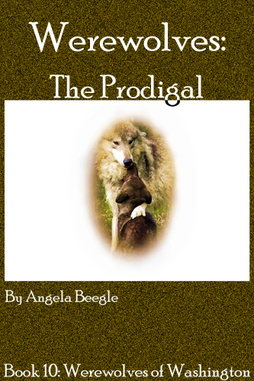 Creede and his wife Rosemary - who is now only human again - are seeing a light at the end of the Law School tunnel.  His sister Mandy is embarking on a different kind of education: that of her son William, who must be homeschooled for the safety of all the other children. Life is good and stable. These things never last.


Enter their father Brian, who just wants to get to know his only grandson, and re-enter Skyhawk, former Alpha, former Beta, former con man and pack corpse-disposer, whose life takes an unexpected twist.


How can Creede and Mandy let these people back into their lives? And yet...how can they not? 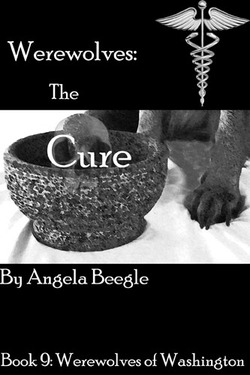 ﻿﻿﻿Book 9: The Cure﻿﻿
Life as a werewolf is fraught with dangers, not the least of which is discovery.  Since becoming infected, almost every wolf in every pack has wished for a cure at one time or another, but the conditio﻿n is irreversible. Or is it? What if there were a cure? Who would take it, and what would th﻿at do to the stability - to the very fabric of the packs?


Amandine Herschel, Alpha female of the Colville werewolf pack, has more reason than most to wish for a cure. She'll stop at nothing in her quest to find one, even if it kills her. 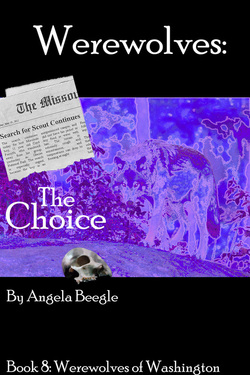 A fisherman on the Clark Fork River finds a skull along the riverbank, and a door that linked Creede's pack in the Bitterroot Valley to Mitch Phillips -- lifetime criminal and one-time werewolf -- is opened once more.

The pack doesn't need the trouble: Creede is up to his eyeballs in his studies, and Rosemary feels like a Law School Widow. They're worried about the chance of discovery, but determined to go on as if everything is perfectly normal, including socializing with Creede's friends from the university. Unfortunately, a young local boy goes missing on a camping trip, and the wolves are left to make a choice:

Do they preserve their secret, or do they lend their talents to the search? 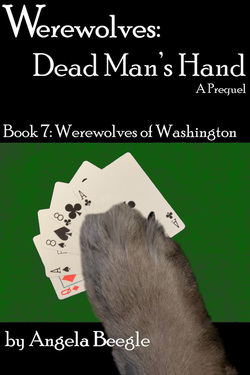 Frank Mellencourt is a werewolf by choice and a member of the Spokane pack by happenstance. He isn't a happy one, though. The pack Alpha grates on him, the Beta is worse, and he's having problems at home with a wife who doesn't know his secret. Something's going to give.

Tobias James and Tam Franklin, members of the Gladstone pack, have a mission if they choose to accept it: take over the Spokane pack by any means necessary.

For Tobias, Spokane is the city from which he moved as a young man. Going back means making peace with his ailing, elderly father. For Tam, it's risking his life and dragging his human wife along for the ride.

For Frank, everything about the Spokane pack represents a threat to his wife, and no one is allowed to threaten her but him. 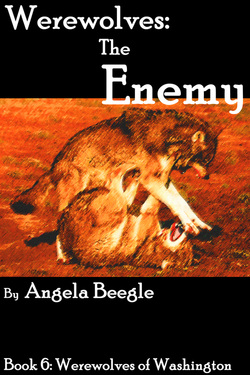 Mitch Phillips disappeared after his devastating attack on Amandine, Deputy Jack Herschel's wife. You know the saying 'You can't keep a good man down'? You can't keep a bad man down, either, especially if he's not a man at all.

Amandine isn't going to just roll over:  she's investigating something that will take out the troublemaker once and for all, even if she has to test it on herself, first.

In Missoula, Creede's pack is coming together into a comfortable family. Some of them are even dating each other. But why shouldn't they? After all, when your partner is also a wolf, there's one secret you don't have to keep. Meanwhile, Brant is one paycheck away from being homeless, and he doesn't have a job anymore. This bodes very badly for him.  Fortunately, Skyhawk is there to help. Or is he?

Will there be justice in the end? Or will it merely be revenge? 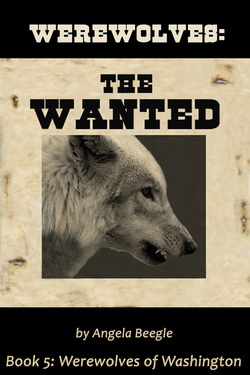 Mitch Phillips is a petty lifetime criminal, the kind of guy who makes others' lives harder in his search for Easy Street and beer. He got more from his arrest for joyriding than bed and board at county expense, though: Mitch is a werewolf now.

Poor Mitch. There isn't anyone to teach him right from wrong, even if he wants to learn. Everything he knows he learned from popular movies, and that can't possibly end well for him, Jack Herschel's Colville pack,  or anyone who gets between him and Easy Street.

Meanwhile, Creede and Rosemary move to Missoula so Creede can try to get into law school at the University of Montana, adopting other packs' rejects and growing a pack of their own. Unfortunately, the area has already been claimed by none other than Brant Durrell, the jerk they used to deal with in Spokane.

Jack needs to find Mitch now. Creede needs to find a way to deal with Brant. And oh, yeah, just exactly who is this Skyhawk fellow, anyway?


From a reader's email: "Ms. Beegle, I just read The Wanted, and I put a 5-star on Amazon. Not enough people are talking about this series, and they should be. I just wanted to let you know how much I’m enjoying your writing, and if you wanted to write 15 books in the series, I would buy them all." 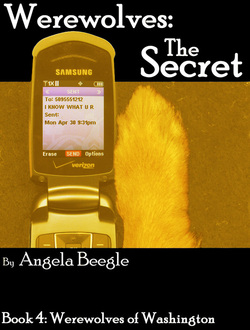 Now living in Spokane to be near her children, Creede and Mandy's mom still doesn't know her kids are werewolves. That kind of secret can't be kept forever, though, especially since she's going to be asked to babysit once a month on the full moon! She's not stupid. Sooner or later, she's going to notice a pattern here.

Creede's self-appointed enemy, Brant Durrell, will stop at nothing to be rid of Creede...even blackmail. When a request is made of the Spokane pack to befriend and mentor a new single male in the Colville pack, Brant thinks he's found a perfect minion, scapegoat, or both. He's not picky.

And speaking of patterns and people starting to notice them, Deputy Sheriff Jack Herschel is starting to run into problems at work... 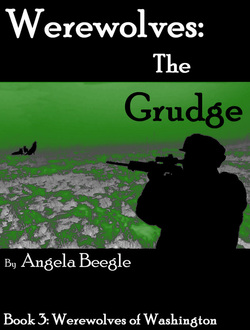 With Creede getting along well in college, and Mandy  settled in Spokane with her new husband, waiting for their baby to be born, everything's going to be just fine for the young Colville werewolves, right? Um, wrong.  Benny Altos, Creede's old frenemy who  can't  let go of a grudge, mines family and tribal history to decide that Creede must be a nahual - an evil skin-changing witch - and nobody can convince him otherwise. He'll stop at nothing to get his proof. The moron. Apparently nobody ever taught him that you shouldn't ask questions if you don't want the answers. Also, karma's a bitch.

Meanwhile, Jack's still balancing lycanthropy with his job as a Stevens County Sheriff's Deputy and learning that managing a pack is a lot like managing any other group of people thrown together by chance: politics, politics, politics. And teeth. It'd sure help if he could become a true Alpha. If only he knew how.

And then there's Sharon, Creede and Mandy's mother, who still doesn't know about her childrens' secret. She's caught between Benny and his grudge, and it's going to cost her. There is one big consolation, though: she's going to have a grandbaby. A sweet, round, cuddly baby. Probably. 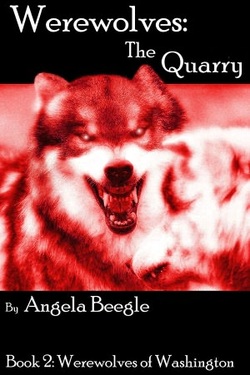 Frank Mellencourt's death looks like a shoo-in for the Darwin Awards, but Stevens County Sheriff's Deputy  Jack Herschel thinks there's more to the story. Exhibit 1) bite marks on a guy who didn't own a dog. Exhibit 2) A refrigerator full of venison, and it's not hunting season. Exhibit 3) What was the guy up to, hanging around with a bunch of kids half his age?
If Herschel digs around too much, though, he might just find out what the guy was hiding, and that's not likely to end well.

Meanwhile, Creede is learning to deal with a rat-bastard of a bully in the Spokane pack, and his sister Mandy discovers that being the sexiest thing on four legs brings out all kinds of predators - human and otherwise. 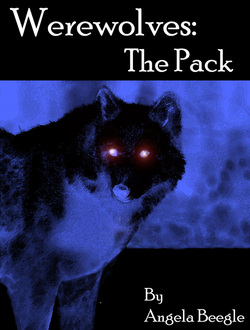 What would you do if you went into the hospital as an accident victim and came out a werewolf? What if it messed up your schooling, your family holidays, and just about everything else--and to top it off, some old guy waltzed into your life and informed you he's now the boss of you--or else?

Creede White is facing that kind of dilemma. His life has been shaken, stirred, and turned upside down. Soon he's joined by three other people like him, people with a secret furry side. And he doesn't even know how it happened. 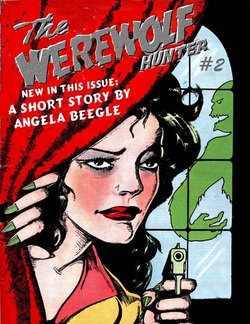 If you'd like to read a never-before-published vignette set in book 6: 'The Enemy', you can find it - titled 'The Werewolf Hunters'  - exclusively at RPGNOW.com in a collection called 'The Werewolf Hunter #2'. My contribution is the second story in the collection, but everything in the magazine is all werewolves, all the time (many with a 1940s/50s pulp fiction flair)!


The collection was edited and published by Nuelow Games, a small indie press with a lot to offer - give them a look!

The Birth Tree: a Story of Hope, Love and Revenge 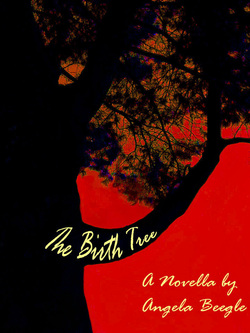 Meet Annwn, an ordinary woman on an extraordinary journey, tasked to do the impossible in the face of a fate worse than death. When everything she holds dear is destroyed by marauding Vikings, she has to turn to the Fae, whose meddling in her people has turned them into the stuff of myth and nightmare.

Sometimes, the impossible can be done - with a stolen story, a ladder, a rope, and a bit of help from a friend.